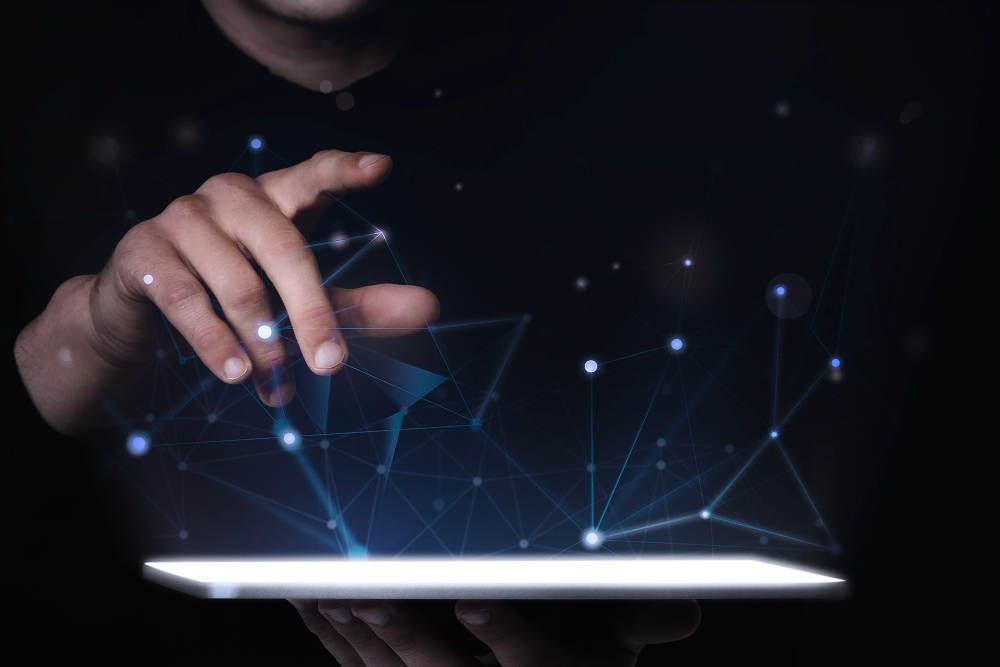 As blockchain continues to gain traction in the IT industry, we need to separate the facts from the myths. In this article, we’ll debunk some of the common myths about blockchain technology and explore how it can be used to benefit businesses.

Myth #1: Blockchain is only for cryptocurrency.

The most widespread misconception about blockchain is that it is only used for cryptocurrency, such as Bitcoin. While blockchain technology is the foundation of cryptocurrencies, it has many other uses. Companies in many industries, such as finance, logistics, and healthcare, are leveraging the power of blockchain and using it to revolutionize the way they do business.

Myth #2: Blockchain is not secure.

While it is true that blockchain technology is relatively new and is still being improved, it is one of the most secure technologies available. Blockchain uses complex cryptography to create an immutable and distributed ledger, which makes it almost impossible for hackers to tamper with or change the data stored on the blockchain.

Myth #3: Blockchain is Complex and Difficult to Understand. 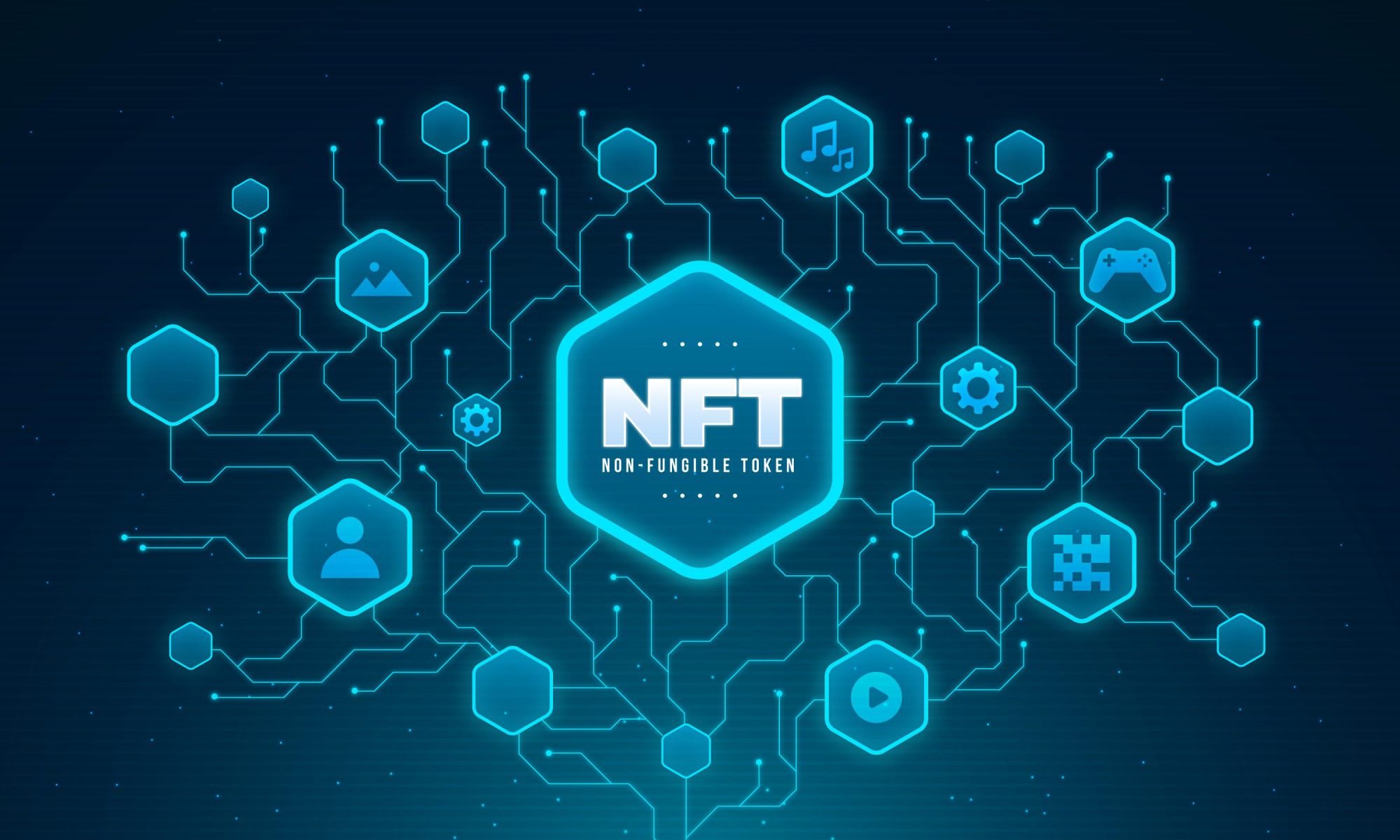 NFT stands for ‘non-fungible token’. Non-fungible tokens, or NFTs, are digital assets that are stored on the blockchain. They are unique, one-of-a-kind tokens that are not interchangeable with any other token. NFTs are used to represent a wide range of digital assets, including artwork, music, digital collectibles, trading cards, in-game items, and much more.

How do NFTs work?

NFTs are created using smart contracts on a blockchain, such as Ethereum. A smart contract is a computer program that automatically executes a transaction when certain conditions are met. When creating an NFT, a smart contract is used to create a unique token with a specific set of attributes. These attributes can include a unique identifier, the name of the asset, the asset’s owner, and the asset’s current market value. Once an NFT is created, it is stored on the blockchain, which is a distributed ledger that is shared and maintained by a network of computers. The blockchain is used to keep track of the ownership and value of the NFT, as well as to verify all transactions that take place involving the token.

What are NFTs used for?

NFTs and blockchain technology give artists and content producers a special chance to monetize their works. For instance, artists are no longer required to sell their work through galleries or auction houses. Instead, the artist may sell it as an NFT straight to the consumer, allowing them to keep a larger portion of the sales revenue. Additionally, artists may encode royalties into their software so that every time their work is sold to a new purchaser, they will earn a share of the transaction. 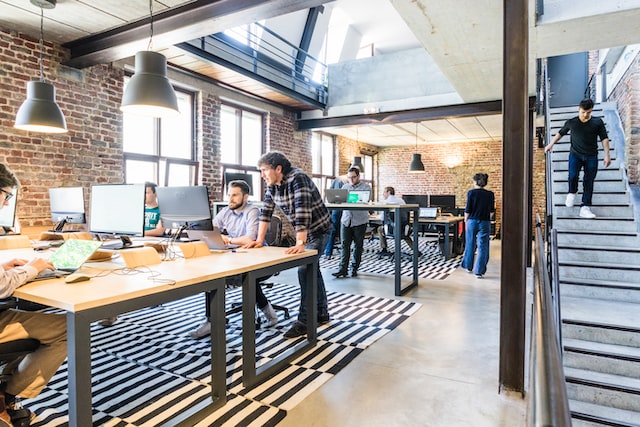 As the coronavirus seems to be waning, IT professionals are apprehensive about the impending return to in-person work. In a recent Wall Street Journal study, 82% of participants stated they were anxious about returning. According to another survey, one-third of those who had previously resumed in-person employment said it has had a detrimental effect on their mental health. The increase in additional Covid-19 variants has surely exacerbated people’s reluctance and concern. The following steps can help:

5 tips for readjusting to the routine 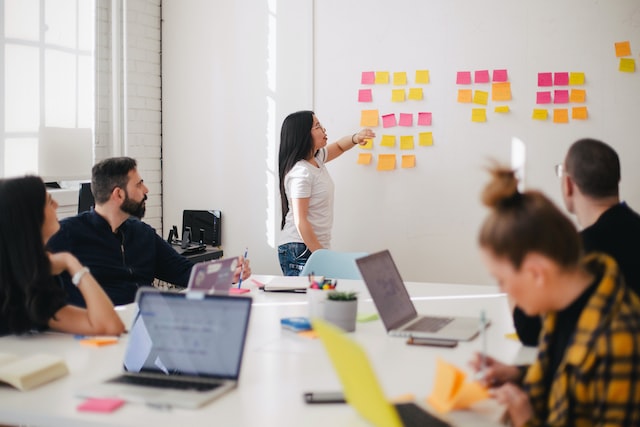 The Covid-19 outbreak caused significant disruptions in businesses and people’s lives. It brought with it the largest-ever workplace experiment – Work from home. Surprisingly, it was shown that employees were able to maintain or boost productivity when working from home. The modern work landscape is increasingly relying on remote work solutions, with many companies now allowing employees to work from home. While this can be advantageous in certain situations, it can also come with its own set of challenges.

The first advantage of working from the office is the increased level of collaboration and teamwork. Working in a shared office space allows for greater interaction between team members, which can be beneficial for brainstorming and problem-solving.

A Save from distractions

Having a dedicated workspace can also help to reduce distractions. Working from home can be filled with distractions, from family members to household chores, that can make it difficult to focus and stay productive. Working in an office environment can provide a distraction-free environment to help workers stay focused on their tasks.

Although video conferencing technology is rapidly advancing, there are still impediments to effective communication via the internet network. Body language, facial expressions, and other indications are thrown out the window, and staff may have to exert extra effort to retain the nature of communication.

Overall, there are several advantages to working from the office that could be overlooked when opting for a remote setup. From increased collaboration and access to resources to a distraction-free environment and a sense of commitment, working from the office can provide significant benefits for both employees and employers alike. 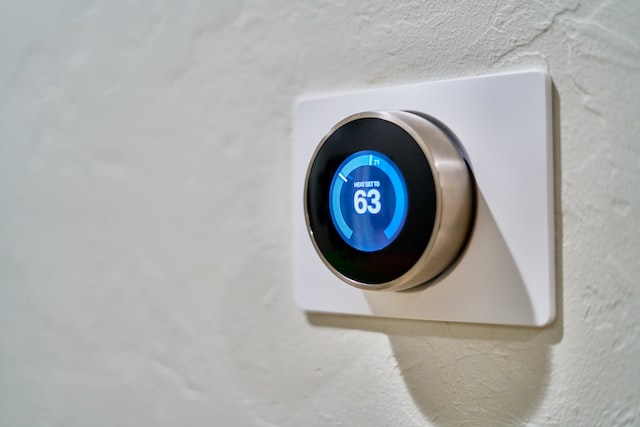 The advent of smart home technology has revolutionised the way we live. They are becoming a quintessential component of our houses in making our lives simpler. Smart homes are now equipped with a wide range of features such as voice control, automated lighting, climate control, security systems, and more.

What does a “smart house” mean and why would you want one?

A home that incorporates integrated technology, such as motion sensors, locks, speakers, thermostats, and smart lighting, is referred to as a smart home. Your house can be instantly controlled via your phone or computer, making it more practical and cosier.

There are several benefits to smart houses. Here are just a few advantages they offer:

Overall, the future of smart home technology looks very promising. In 2023, we can expect to see more user-friendly products, improved security features, and greater integration of AI in our homes. As the industry continues to expand, we will likely see even more innovative products that make life easier and more enjoyable. 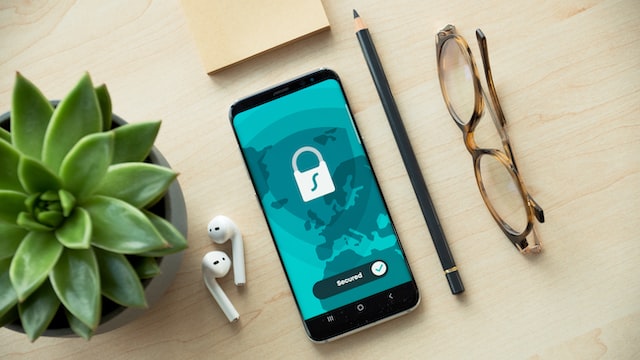 Data breaches have happened recently to both major and small businesses. Along with causing financial and productivity losses, these occurrences might endanger the reputation of your company. To protect your firm from data breaches, you must prioritize data protection and cybersecurity. Globally, new rules are being passed to control the gathering, holding onto, using, disclosing, and disposing of personal information. It’s crucial to understand the differences between data protection and cybersecurity as well as the reasons why you require both.

Data protection: What is it?

Organisations must protect sensitive data from breaches and the ensuing loss.  Data protection’s fundamental tenet is to keep data safe while always keeping it accessible. Operational data backups and business continuity/disaster recovery strategies are also examples of data protection. Data management and data availability are the two main axes along which data protection techniques are evolving. While the latter guarantees that users may access data anytime, they want, the former guarantees that data is always safe.

How does cybersecurity work?

Cybersecurity, as its name suggests, focuses on defending systems, programs, and networks from online threats. It’s growing harder to put in place effective cybersecurity protections as fraudsters become more inventive. Multiple levels of security spanning over all the networks, computers, applications, and data you want to protect are essential for an effective cybersecurity strategy.

Why do you need both? 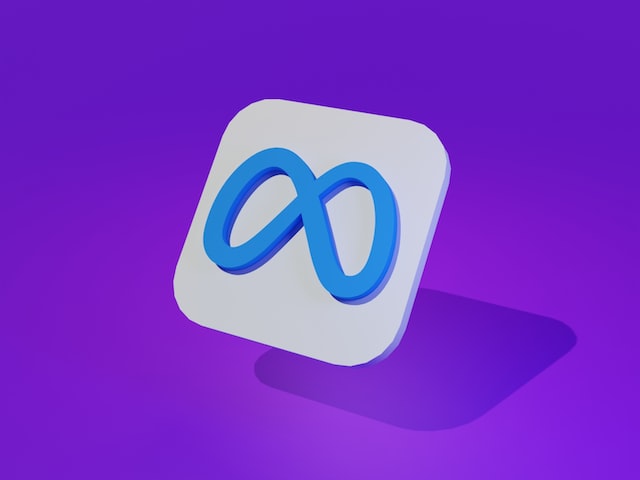 Metaverses are shared, online 3D spaces in which users have access to each other, to items created by computers and to avatars that they can interact with. This virtual world is built on the foundation of the Internet. Social networking, online gaming, education, and training are just a few of the ways that metaverses can be used. They can be used to create virtual worlds that simulate the real world or to construct completely new, fantastical universes. Compared to other online services, they provide a unique and immersive experience that is unrivalled. They provide countless opportunities for exploration and connection while continuously growing and improving.

Is the idea of the Metaverse new?

To put it simply, no. We have been hearing the phrase “metaverse” for some time, and we have been anticipating its arrival since then. Neal Stephenson initially used the phrase “metaverse” in his science fiction book Snow Crash in the early 1990s. The UK grocery store Sainsbury created a VR shopping demo during the initial virtual reality craze in the 1990s. In particular, if you have followed online gaming over the past few decades, virtual worlds have been there for a very long time. The PlayStation Home, which was introduced in 2008 but shut down in 2015, is another illustration of the early iterations of the metaverse that are still in existence. Although it never materialised, it offers an intriguing illustration of what a corporate metaverse may seem.

We would have to wait to learn more about the precise nature of the metaverse in the future because the concept is still fairly new. Will virtual reality headsets and online gaming remain the same concept, or will they serve as a diversion from the society we already live in? Time will only tell. 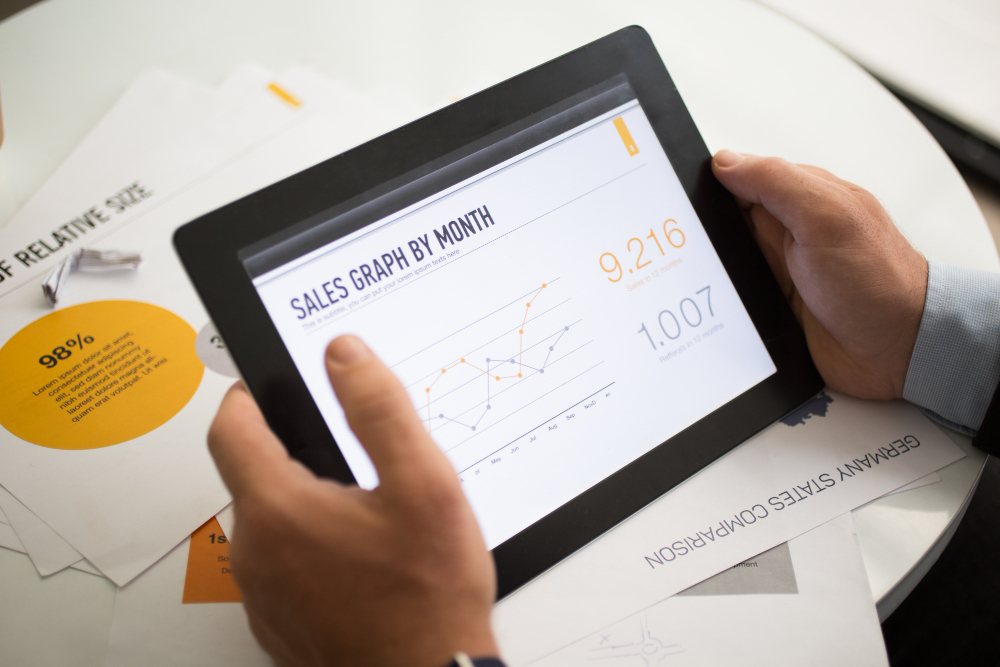 A digital immune system (DIS) integrates methodologies and tools for the design, development, operation, and analytics of software to reduce business risks. Applications and services are shielded against anomalies by a strong digital immune system, which makes them more durable and able to bounce back fast from failures. These anomalies might be caused by software faults or security flaws. When crucial apps and services are seriously damaged or cease to function entirely, it can lessen the risks to business continuity.

Why is DIS important?

The goal of a digital immune system is to improve the user experience and reduce system failures that harm corporate performance. It includes a variety of approaches and technologies from software design, development, automation, operations, and analytics. A DIS safeguards programs and services to increase their resilience and speed up their ability to bounce back from errors.

Digital immune systems have been named as one of the important trends in software system architecture by Gartner, one of the top technology research and consulting firms. The company has listed several essential procedures and tools that are requirements for creating robust and efficient digital immune systems, including:

The internet of things, or IoT, is an interconnected network of computing devices, mechanical and digital machines, objects, animals, or people who are given unique identifiers (UIDs) and the capacity to transfer data over a network without the need for human-to-human or human-to-computer interaction. The term “thing” refers to any natural or artificial object that can be given an Internet Protocol (IP) address and can transfer data over a network, including people with implanted heart monitors, farm animals with biochip transponders, cars with built-in tyre pressure monitors, and so on.

How does IoT work?

The Internet of Things (IoT) ecosystem is made up of web-enabled smart devices that employ embedded systems, such as processors, sensors, and communication gear, to gather, communicate, and act on the data they get from their surroundings. By connecting to an IoT gateway or other edge device, which either sends data to the cloud for analysis or analyses it locally, IoT devices exchange the sensor data they gather. These gadgets converse with other similar devices on occasion, acting on the data they exchange. Although individuals may engage with the devices to set them up, give them instructions, or retrieve the data, the gadgets accomplish the majority of the job without their help.

IoT is important, but why?

People who use the internet of things can live and work more intelligently and have total control over their life. IoT is crucial to business in addition to providing smart home automation devices. Businesses may automate procedures and save money on labour thanks to IoT. As a result, IoT is among the most significant technologies of modern life, and it will gain momentum as more companies recognise how linked gadgets can help them stay competitive.