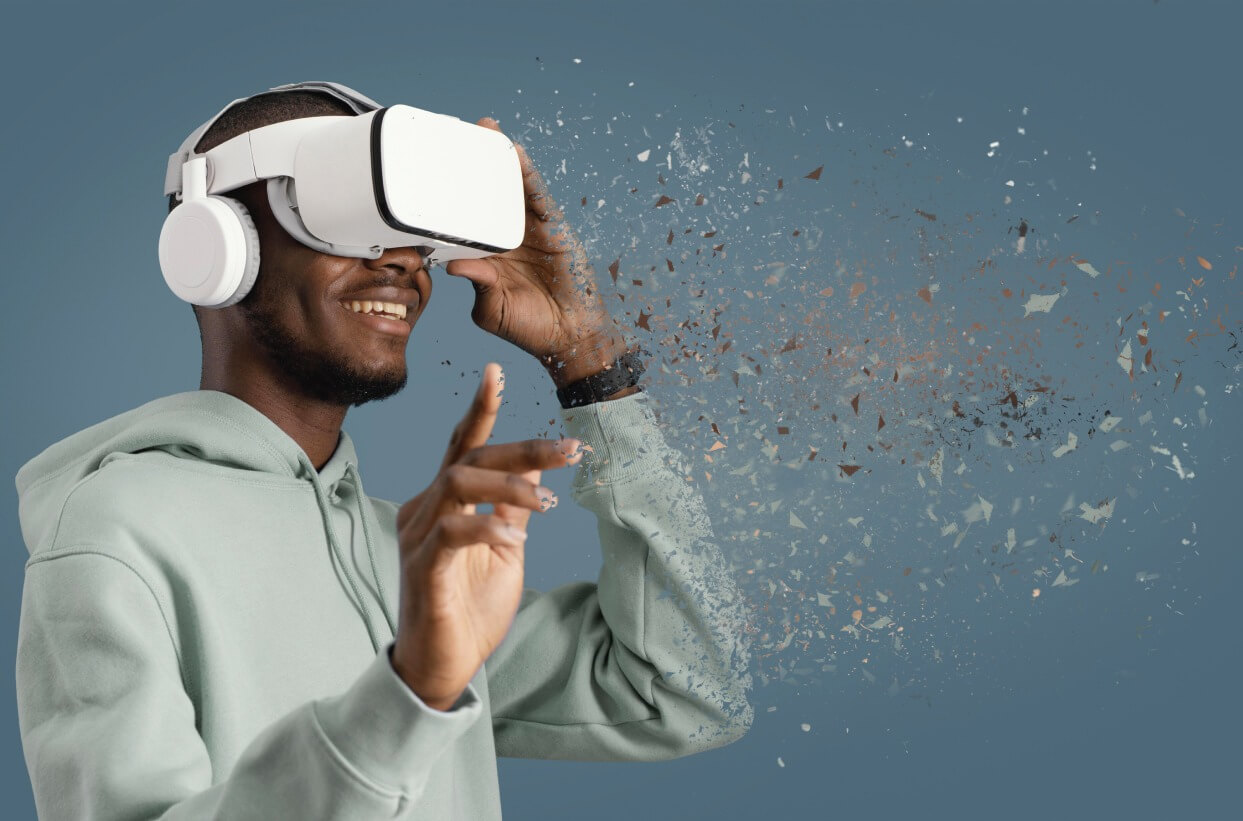 Augmented Reality and Virtual Reality are both exciting fields with a lot of potentials to determine the course of every field out there including gaming, marketing, education, commerce, etc. Both of them are relatively new technologies creating a different experience altogether where you are brought into a virtual world with 3-d visuals. It’s easy to confuse them both but they have their differences and we’ll be looking at them.

Simply put, Virtual reality takes over your sense of vision and overlaps it with a virtual world with the help of a virtual reality headset like the Playstation VR, Oculus Quest, etc. If the headsets aren’t turned on, all you can see is pitch black because, in VR, an entire world should be made using LCD or LED screens placed inside the headset.

VR can be anything, a video, a game, or a virtual world where you can interact with others. You can be taken anywhere and with the help of advanced VR headsets, you can actually have about 6 degrees of freedom to interact with the virtual world. This implies that not only does the VR headset detect the direction you’re looking, but it can also actually detect your motion and respond correspondingly in the virtual world. VR, in a way, supersedes your sense of vision, your surroundings and can create new ones without you ever having to move a muscle.

Virtual reality tries to replace your vision with a programmed one, whereas augmented reality adds it to your existing vision. AR devices or headsets, such as Microsoft HoloLens. The AR headsets are transparent and let you have free movement in the physical world. Augmented reality is designed for free movement by the user but at the same time projects the images, videos, and whatnot onto the real world so when you look through the device, it feels like it is present in the physical world.

You may be familiar with Pokemon Go. The app uses the device’s camera to detect surroundings and overlay visuals and additional information. The AR technology can be extended to any smartphone through the camera present in it. AR can be anything from simple data to floating holograms in the physical world seen through a screen.

Both technologies have their pros and cons. VR completely replaces your vision, but AR is limited in what it can portray in the real world. It has limitations on the depth and area up to which it can display images. It isn’t as immersive as VR and with the present technological development, the images are only effective as they stay in the middle of your vision and one has to stare through a tiny screen or focus really hard through a transparent headset in order to view it.

On the other hand, they have limitless possibilities. AR technology integrated into phones can provide and add limitless information to everything around you in the future. This includes the instant translation of text and reviews of hotels as you pass them. They can provide information about anything without taking you away from the real world.

Both technologies are very powerful and have countless applications in every field. However, it is too early in its development stage and has not yet made its way into a broader customer base. This is the basis of many tech giants investing billions of dollars into research in these fields and if and when it is commercialised, we can even rethink the way we see computers and handle information. The future of both technologies lies in their actualisation and potential to reach a larger consumer market and it is yet to be seen.